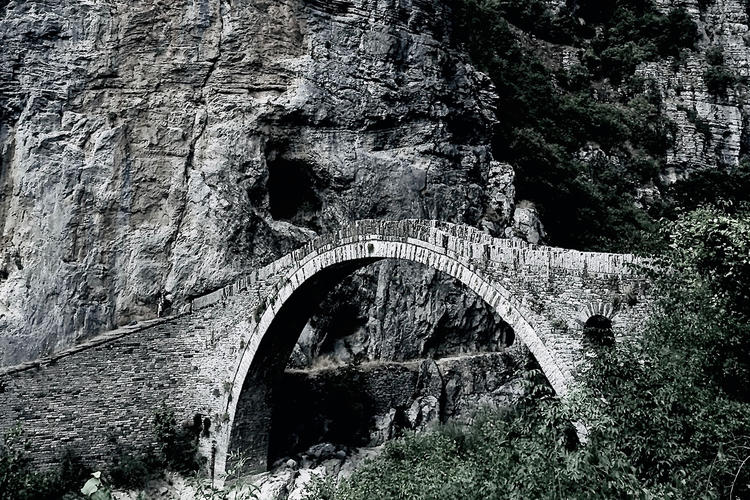 How did the Ottoman Empire operate? Mapping Ottoman Epirus (MapOE), a Stanford based digital Project, seeks to answer this question through big data, spatial and network analysis, visualization, and various other digital methods. MapOE's primary focus is Epirus - today Western Greece and Southern Albania - in the late eighteenth and early nineteenth centuries as an exemplary microcosm of the Ottoman World.  Epirus was a strategic junction on the Adriatic coasts, connecting Europe and the Ottoman lands. In the late eighteenth and early nineteenth centuries, known as the age of revolutions, the Ottoman Empire experienced radical political, economic, and infrastructural transformations. As a result, Epirus became one of the most vivid regional economies and power-centers within the Ottoman Empire and the Adriatic world, from the 1790s to the 1820s. During this period, a regional magnate, Ali Pasha of Ioannina (1740-1822) and a group of managerial, martial, commercial, scribal and religious personages organized around him built a regional order in Epirus. Gradually, the Ali Pasha order expanded towards Albania in North, towards Thassaly in the West, and towards Central Greece and Peloponesas in the South. This expanded autonomous regional order functioned within, but also in parallel to, the Ottoman Imperial regime. By focusing this regional order, developed under Ali Pasha, MapOE is producing a number of digital projects for spatial and quantitative analysis, based on data extracted from multilingual archival sources from the Ottoman period.

Ali Yaycıoğlu is a historian of the Ottoman Empire and Modern Turkey in the History Department at Stanford University and currently visiting associate professor in the Department of Near Eastern Studies at Princeton University. His research centers on economic, political, and legal institutions and practices as well as social and cultural life in southeastern Europe and the Middle East during the Ottoman Empire. He also has a research agenda on how people imagined, represented, and recorded property, territory, and nature in early periods. Furthermore, Dr. Yaycıoğlu explores how we can use digital tools to understand, visualize and conceptualize these imaginations, representations, and recordings. Professor Yaycıoğlu's first book, Partners of the Empire: Crisis of the Ottoman Order in the Age of Revolutions (Stanford University Press, 2016) offers a rethinking of the Ottoman Empire within the global context of the revolutionary age in the eighteenth and early nineteenth centuries. Currently Dr. Yaycıoğlu is working on a book project, entitled The Order of Debt: Power, Wealth and Death in the Ottoman Empire analyzing transformations in property, finance, and statehood in the eighteenth and nineteenth centuries. The book focuses on episodes of economic violence during the political and economic transformation from the Early Modern era to the Modern times through fiscal records, probate inventories, debt and credit registers, confiscation, and auction documents. Ali Yaycıoğlu is the supervisor of a digital history project, Mapping Ottoman Epirus, housed at the Center for Spatial and Digital Analysis at Stanford University, and co-editor of Stanford Ottoman World Series: Critical Studies in Empire, Nature and Knowledge.