Michailidis was born and raised in Thessaloniki, the second largest city in Greece, located in the northern part of the country. As an undergraduate, Michailidis studied political science and international relations in Athens. He then moved to Istanbul, Turkey to continue his studies at Bosphorus University, where he earned a master’s degree in the same field.

“The experience of living and studying in Istanbul as a Greek opened my mind and made me more willing to move toward anthropology,” said Michailidis. “It completely changed the way I think not only about Greeks and Turks but also about how we study human societies and cultural interactions.”

It was this impulse that led Michailidis to apply for a second master's degree in social anthropology at York University in Toronto, where his work shifted gears.

“I play the Pontian-Greek lyra, a three-string bowed instrument that is central to the musical heritage of the Greek communities of the Pontos-Black Sea region” said Michailidis. “For many Greeks, myself included, the instrument bears significant meaning: it is a symbol of a complex cultural memory and of a particular ecological lifestyle that values close human relations and community life.”

While a student in Turkey, Michailidis realized there were people there who also played the Pontian lyra, which caused him to wonder about its significance for the Turkish people. This interest became the subject of his Ph.D. project at Princeton, which examined the revival of Pontian lyra music-making and listening and its sociocultural consequences and political stakes in contemporary Turkey.

As an anthropology graduate student, Michailidis quickly became integrated in the Hellenic Studies academic community. “Since Hellenic Studies at Princeton is a vibrant interdisciplinary, interdepartmental program that attracts scholars from all around the world with different projects and approaches, I learned a lot from the lectures, workshops and conferences I attended,” he said.

“I gained a deeper understanding of how scholars in other disciplines produce knowledge about the Hellenic, ancient, medieval and modern worlds, which in turn helped me appreciate the continuing global range of interest in every aspect of Hellenic studies.”

This year, Michailidis is continuing his engagement with Hellenic studies and anthropology as a lecturer. He is currently teaching “Global Mediterranean: Human Encounters and Cultural Exchange," which is cross-listed in both disciplines. The class explores the cultural and material exchanges between Greeks and the world in modern times. “The course places the study of Greece in a Mediterranean and global frame and focuses on the dynamic interactions with the outside world,” said Michailidis. “By traveling to Athens over spring break, my students will attend lectures by Greek scholars at the Princeton Athens Center and experience firsthand the social and cultural life of Greece’s capital city at this historical moment of disruptions and transition in the eastern Mediterranean.”

Michailidis is also teaching a freshman seminar on music and politics that draws on his current book project and research interests. The course examines the multiple and complex ways these domains of human activity and experience are intertwined. 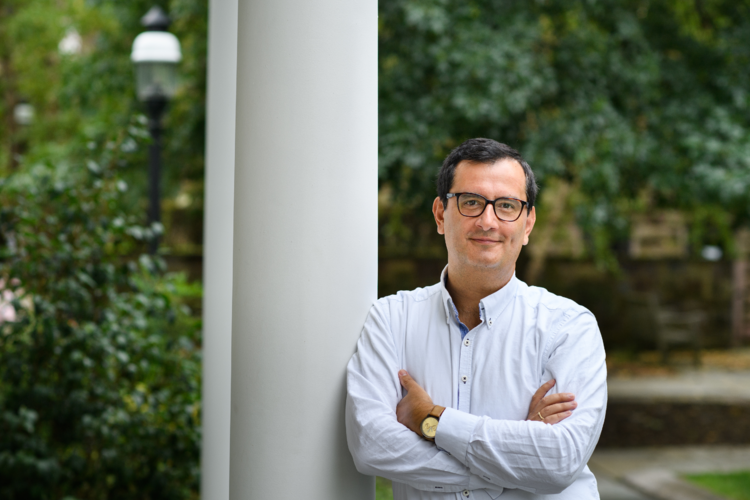