Last month, history Ph.D. candidate Lee Mordechai successfully defended his dissertation, “Costly Diversity: Transformations, Networks, and Minorities in Byzantium, 976-1118.” Mordechai’s dissertation unearths the social revolution in elite Byzantine society over the eleventh century. It demonstrates that the dissolution of the old regime stems from a centralized decision to adopt an ad hoc style of imperial succession by election, which stimulated social diversity and cultural fermentation that transformed elite society. Mordechai was a Stanley J. Seeger Scholar.

Mordechai’s interest in premodern periods of crisis, decline and large-scale historical change, and their impact on culture and social structures, are evident in his paper titled, “Antioch in the Sixth Century: Resilience or Vulnerability?”, which received the Peter R. Brown prize. The Peter Brown prize is awarded to the best graduate student essay on any subject relating to the study of Late Antiquity.

Peter Brown, the award’s namesake and the Philip and Beulah Rollins Professor of History, Emeritus, remarked, “I never taught (Mordechai) myself since he arrived after my retirement, but I followed his work and have been very impressed.”

As Mordechai explains in his paper, Antioch was one of the greatest cities in the late Roman world, famous equally for its wealth and its vigorous culture. Throughout the sixth century, however, Antioch suffered multiple disasters, including invasion, plague and earthquake. Mordechai’s paper explores Antioch’s remarkable capacity to overcome these potentially catastrophic events as a result of its resilient urban framework.

“Previous scholarship held that the city deteriorated as a result of these disasters,” said AnneMarie Luijendijk, professor of religion and chair of the Committee for the Study of Late Antiquity (CSLA). “By integrating historical, archeological and scientific data, Mordechai demonstrates that Antioch was able to withstand disasters due to the continuous support it received from the central government.”

“We use the word ‘catastrophe’ in a very loose way,” said Brown at the CSLA welcome party on September 26. “Lee’s paper manages to historicize the notion of catastrophe by studying what these disasters meant within the exact structures within which they actually happened.”

As evidenced by his well-received dissertation and his prizewinning paper, “Mordechai has a gift for stepping back and looking at dramatic events against a wider social and cultural background,” Brown said. Mordechai is planning to continue this type of research, looking at other Late Antique cities in the eastern Mediterranean to better understand the effect of similar disasters on cities like Antioch. He will continue in his role as the associate director and co-project leader of Princeton’s CCHRI (Climate Change and History Research Initiative), the project which enabled him to research and write his prize-winning Antioch paper, and will be starting a postdoctoral fellowship at the University of Notre Dame in January. 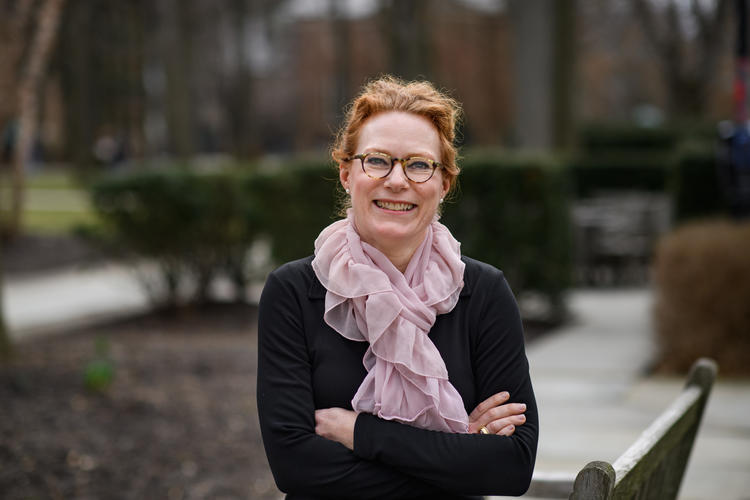