As this year’s salutatorian, Rafail Zoulis will call on his knowledge of Latin — his other languages are modern and ancient Greek, English, and advanced German and Italian.

Zoulis attended Moraitis School in Athens before coming to Princeton, where, along with his concentration in classics, he is pursuing certificates in Hellenic studies, humanistic studies and medieval studies.

Zoulis’ experience of the events in Greece’s recent history has had a powerful impact on his intellectual and personal growth. “The most important element from this period was growing up during the financial crisis and the migration movements,” he said, giving him a particular interest in “transnational political and administrative units as well as a celebration of diversity.”

Zoulis brings this current-day awareness to his studies of the past. His independent work has focused on state politics and identity construction in Late Antiquity — a period, he notes, “characterized by multiple transformations — from paganism to Christianity and from Rome to Constantinople.” His senior thesis is titled “Cultural Syncretism and Royal Ideology in Ptolemaic Egypt,” completed under the supervision of classics professor Marc Domingo Gygax. The thesis, he said, “is the byproduct of a longstanding commitment to understand the different manifestations of sociology of rule over and upon a multiethnic array of subjects.”

Zoulis has served as an organizer and mentor for students enrolled in the University’s two-year Humanities Sequence, and has worked as a research assistant identifying and cataloging coins in Princeton’s numismatics collection, and on digitizing Servius Auctus’ commentary on Virgil’s “Aeneid.”

A member of Mathey College, Zoulis also is a student tour guide at the Princeton University Art Museum, editor-in-chief of the journal Princeton Studies in Late Antiquity and the Middle Ages, for which he is responsible for selecting and reviewing articles from students’ junior papers and senior theses. He was a content peer reviewer for the Princeton University Research Journal and a member of the Model United Nations team.

Zoulis was inducted into Phi Beta Kappa last year and is a member of the Behrman Society at Princeton. He received the Harland Prize to attend a summer session of the American School of Classical Studies in Athens and he also has studied in Padua, Italy, through Boston University’s program in Italian and European studies.

After he graduates, Zoulis plans to pursue a master’s degree in Greek and Roman history at Oxford funded by the Ertegun Scholarship before entering Yale University’s Combined Program in Classics and History for a Ph.D.

An earlier version of this article appeared on the Princeton University homepage on April 29, 2019. 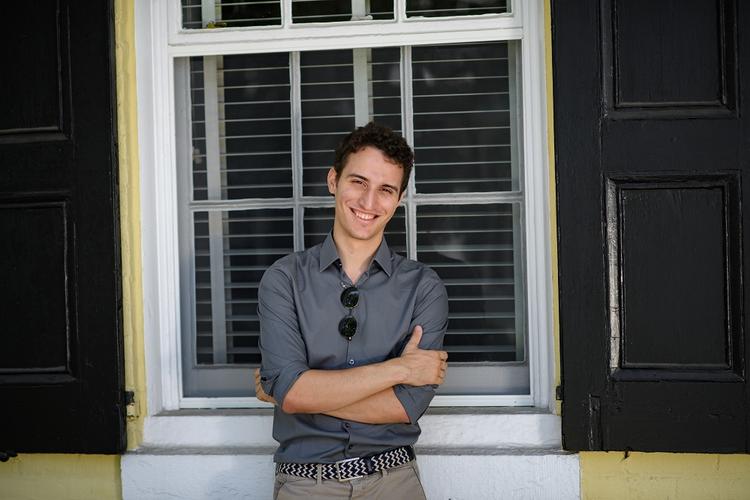