Harrison Blackman, an alumnus from North Potomac, Maryland, discusses how his Princeton career shaped his undergraduate and post-graduate experiences. Blackman is the recipient of the Hellenic Studies Senior Thesis Prize and the Department of History’s Walter Phelps Hall Prize in European History.

As a student at Princeton, I concentrated in history and earned certificates in Hellenic studies, urban studies, and creative writing.

In the summer before my sophomore year, I visited Athens for the first time through a PIIRS global seminar. I remember, on the first day, the class hiked up Mt. Lycabettus. From the summit of that large hill, I could see the city unfold like a map. A dizzying grid of white apartment buildings dominated the landscape, stretching from the mountains to the brilliant sea. And yet—the Acropolis defiantly stood out, a weathered monument to antiquity besieged by modern sprawl. It was a paradox I needed to understand. Just how had this city come to be?

That course ended up being highly influential on my Princeton career. From then on, I became interested in the Greek city, with all its legacies, disappointments, and charms. Soon I was taking Modern Greek classes at the Seeger Center. My eventual thesis was about Constantinos Doxiadis, a fascinating urban planner who produced several master plans for Athens (amongst other projects all over the globe). And so, in studying the life of a Greek urban planner—I was able to do research on the three topics I loved: history, urban studies, and Hellenic studies.

After college, I worked in several contexts—at a newspaper in New Mexico, as a screenwriting consultant in the D.C. area, as a freelancer in New Jersey… Now I’m studying for an MFA in creative writing at the University of Nevada, Reno. After graduating, I hope to pursue nonfiction and novel writing full-time.

Regardless of what I’m working on, my history and Hellenic studies background have helped me appreciate that when it comes to the scope of human experience, the same things have been going on for a long, long time. It’s cliché, but if more people understood what happened in the past, they’d be less likely to make the same poor decisions.

Speaking of history, I’m currently working with Seeger Center Director Dimitri Gondicas on a history project concerning interactions between Princeton and Greece from 1746 to today. It’s a rich, inspired history, with a great deal of captivating episodes and quirky characters who have made their mark over the years. It’s been a pleasure to bring them back to life and make these stories accessible to modern audiences. 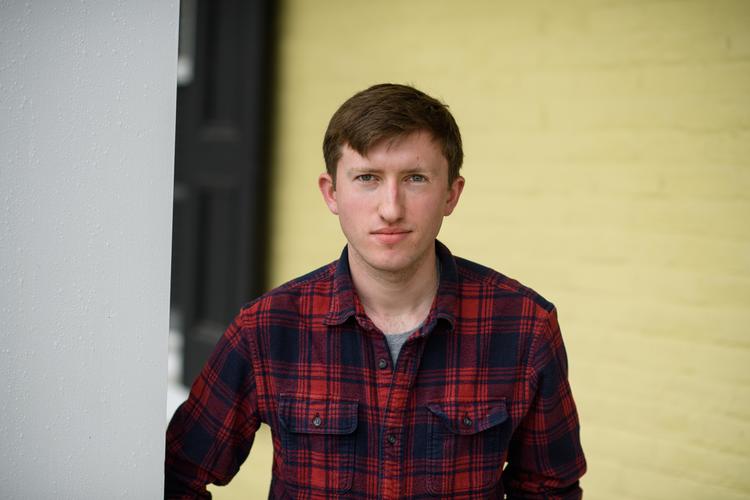